Today, we rode the funicular up to Sitio to explore the north shore, home to the biggest waves in the world.  Last year, Garrett McNamara broke the world record for the largest wave ever surfed at 100 feet.  Ever since then, Nazare has been on the radar for places we’d like to visit. When we got up to the fort, we could see that there was a competition going on, and realized it was the APB World Championships for Bodyboarding.  We sat in tbe shade of the fort and watched through binoculars, looking down over the competition, and could hear the announcers from the beach.  We felt like we had VIP seats!

Afterwards, we explored the fort and found a big wave surf museum inside, along with information explaining why this spot forms such massive waves.  We went up onto the roof and saw the historic light on top.  We learned more history regarding Portugal.

Further history lessons awaited at the Church of Nossa Senhora da Nazare, which now houses a small Black Madonna, brought from Nazareth.  Legend tells of a Templar Knight, Dom Fuas Roupinho, who was saved, along with his horse, via intervention from Mary, from plumitting 100 meters off the cliff while in pursuit of a deer on a foggy morning on September 14, 1182. 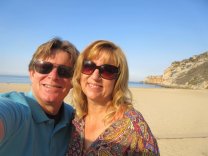 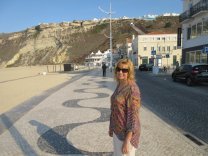 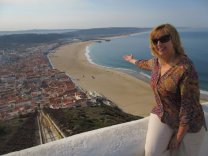 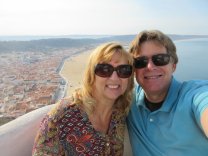 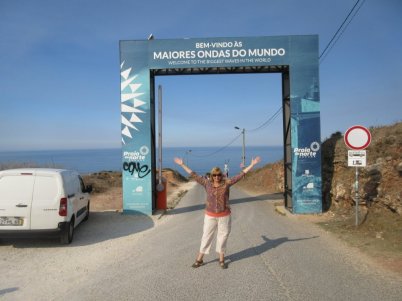 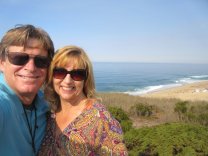 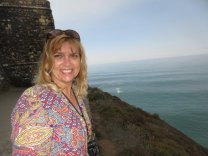 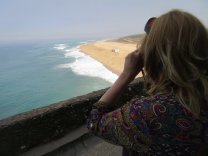 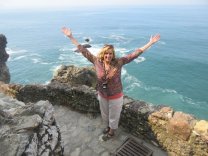 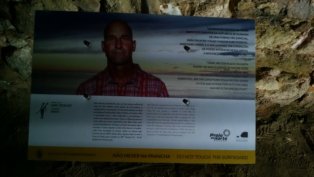 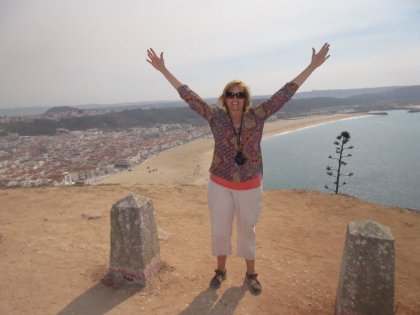 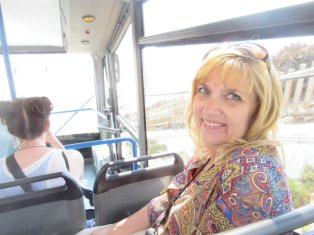