We decided we wanted to take the train across America from Florida to California, rather than fly.  This concept opened up the opportunity for some additional adventure. I must disclose that flying to California would have been significantly less expensive than taking the train and staying in hotels along the way, but what a way to see the country, meet people, and cross off some of our bucket list items.

The Tampa Amtrak Station, from our hotel, was just under a mile but we took a taxi for a fixed rate of $4/pp. The Amtrak Station is a beautiful brick building that openned in May of 1912, just a few days after my Dad was born. Tampa to Orlando on Amtrak is via a full bus, but a comfortable ride. I was anxious to get to the station in Orlando, thinking it must be some awesome Disney-esq type structure – with all the theme parks in the area and all. Boy, was I disappointed! Even the bathrooms (new ones under construction) were porta potties. 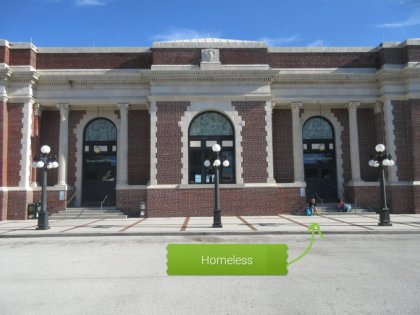 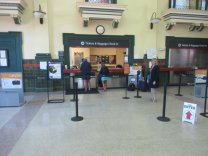 Our train was delayed by an hour. We were assigned seats at boarding on a pretty full train and were in the first car behind the engine.  The seats reclined and a leg rest popped up like a recliner. We pulled out around 2:40 pm and ETA is 12:30 pm tomorrow. We had our lunch, dinner and snacks with us that we had bought at the Publix in Tampa, so we hunkered in for the ride.

We got to talking to some of the folks around us (it is a long 22 hour ride…lol) and met a gentleman in a Veterans hat heading to Pittsburgh for Thanksgiving.  He had just celebrated his 80th birthday…and not only had he served in Vietnam, he is now serving as a Deacon in his church.  When we parted ways, we exchanged names and his last name was Graham – my maiden name. We also met a young man from Panama City studying as an Art Major in hopes to utilize his degree in advertising. He had been to the Macy’s Thanksgiving Day Parade and the Inflation Celebration before and gave us a couple of tips. 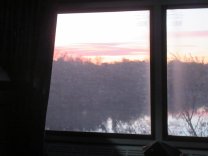 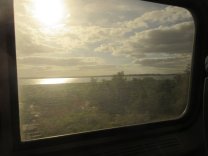 The sunset and sunrise were beautiful and the views out our windows were painted in colorful fall foliage.  God makes beautiful things!  I got up to go get some coffee in the dining car…I didn’t realize I was going to have to walk back to Orlando to get it! LOL It is a looonnnng train! I prayed that I would make it back to my seat without spilling hot coffee on anyone along the way, and praise Jesus, we came to a stop and then pulled out slowly while I walked back.

We never did make up the lost time and pulled into Penn Station around 12:30 pm. Our hotel, the Wyndham New Yorker, was a block away. We were able to check in early and begin our New York adventure – heading to Time Square. 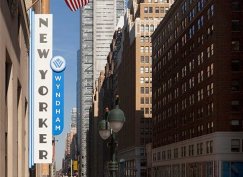 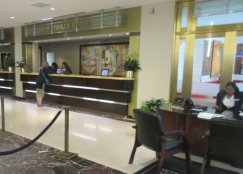 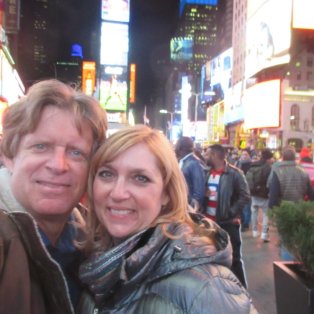 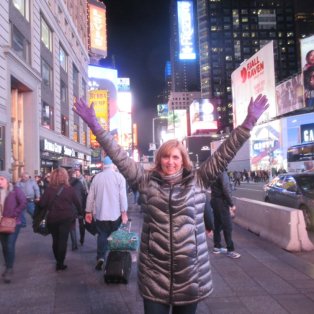