Kirk and I have been here a couple times before, but it has been a stop over on the way to/from somewhere else – either getting on or off a ship or flying on to somewhere else.  In fact, we did both this time: We began this adventure here back on September 19th on our way to Porto, Portugal and we will board a ship from here to head back stateside.  The difference this time is that we are making time for Barcelona.

El  Encants Flea Market is the oldest market in Europe, which began in the 14th Century. Today, you can find anything and everything there, organized in stalls and under a zinc roof. 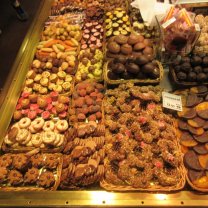 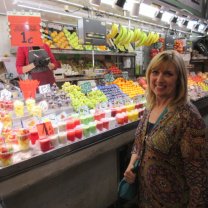 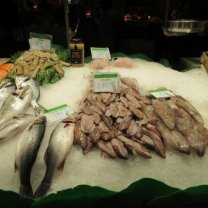 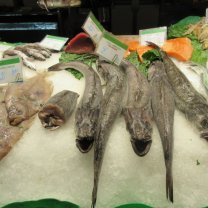 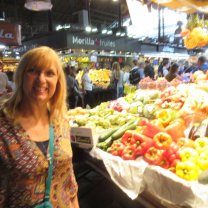 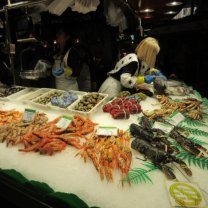 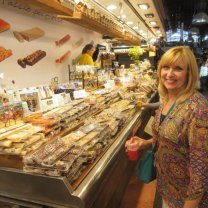 La Rambla seems to be one of the main arteries of Barcelona, with a large pedestrian area in the middle of traffic down each side and lined with shops and cafes.  It is always bustling with people, pedlars, artists and performers.  It is a great place to grab some tapas and sip Sangria and watch people. 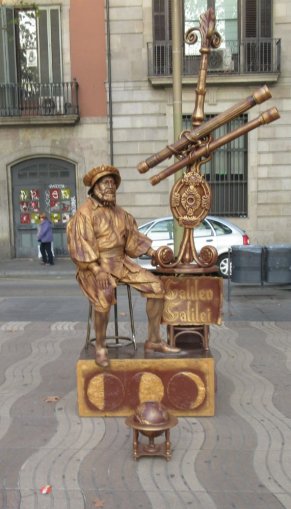 La Sagrada Familia is the Catholic Church designed by Antoni Gaudi.  Construction began 126 years ago and it is still under construction.  It began with private funds and came to a hault several times, through World Wars and lack of funds.  In the 1990s, there was a renewed interest in the work and there was a fee to tour the unfinished Basilica.  Today, 90% of the budget for construction comes from ticket sales, with the other 10% coming from private donors.  Last year, over 2.5 million people paid to tour La Sagrada Familia. 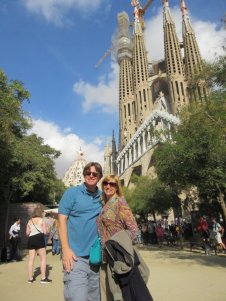 The Torre Agbar is a 38-story bullet shaped skyscraper that opened in June 2005. While we didn’t go take pictures at night, it is lit with more than 4,500 luminous devices. 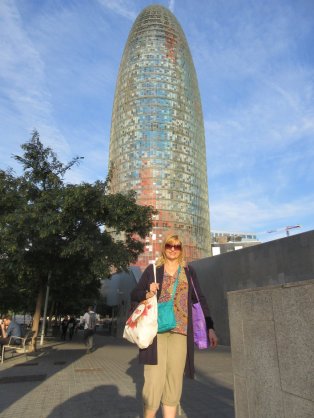 Font Magica is where we went on a romantic date…with 10,000 other people on Friday night.  The Magic Fountain was built for the Universal Exhibition in 1929.  The fountain uses 2,600 liters of water per second along with lights and music to create a spectacular show. 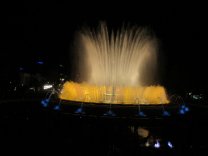 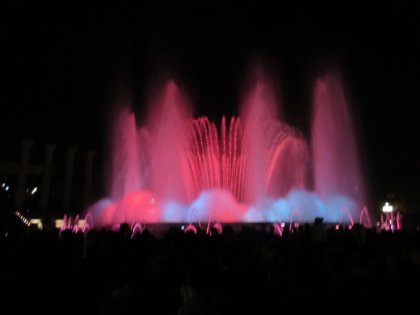 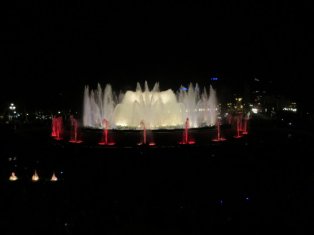 Arc de Triomf was built for the Universal Exposition in 1888 held in Barcelona as its main gateway. It leads to a a wide promenade connecting it to the Ciutadella Park. Like any open area, it is filled with people and street entertainers along the way.

Ciutadella Park was developed in the mid 1800s and, for a time, was the only green area in Barcelona. It has 70 acres containing the city’s zoo, a lake where you can row boats, museums, fountains,  statues, the Parliament of Catalonia, and the trees and plants are identified with signage throughout the park. 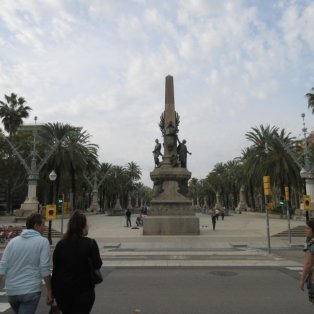